Strategic duels inside the Warhammer world 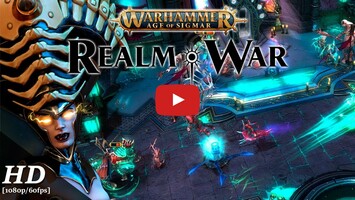 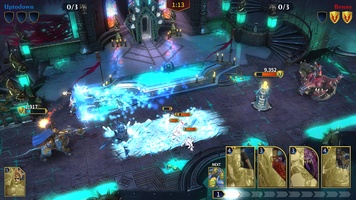 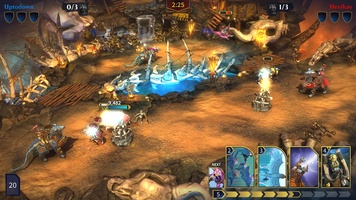 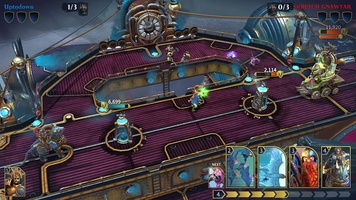 Advertisement
Warhammer Age of Sigmar: Realm War is an online duel strategy game that challenges two players to face each other during thrilling three minute battles. During that amount of time you have to try to destroy the enemy or their tower, at least.

Gameplay in Warhammer Age of Sigmar: Realm War is relatively similar to that in Clash Royale and other games. On the lower part of the screen you can view your cards which you can play with on the battle field as long as you have enough energy to do so. You’ll have unit cards, hero cards and spell cards available to you during your rounds.

The main way to win is by using your units, which will always advance towards the enemy and stop only to fight against other enemy units. However, the spells let you have the necessary advantage to earn your victory. A strategic freezing thunder at the exact right moment could be the difference between victory and defeat.

Warhammer Age of Sigmar: Realm War is a super fun online strategy game that offers you quick, frantic and thrilling battles. The game will be specially enjoyed by Warhammer fans, of course, but you don’t need to have previous experience with this popular miniature game to enjoy ‘Realm of War’.
Reviewed by Andrés López Translated by Beatriz Escalante
Advertisement

There are opinions about Warhammer Age of Sigmar: Realm War yet. Be the first! Comment May 17th, 2019 All the free Android games set in the Warhammer universe Car Parking Multiplayer
Drive around an extensive map for a realistic parking experience
Mobile Legends
An excellent, but shameless, League of Legends clone
Clash of Clans
Crush enemies and lead your clan to glory
Scary Teacher 3D
Escape the terrifying teacher!
Bus Simulator Indonesia
Drive a bus through Indonesia with this simulator
Clash Royale
Clash of Clans characters face off in epic duels
Lords Mobile
Lords Mobile: Build an empire to destroy your enemies
Vegas Crime Simulator
Try not to get caught breaking the law!

Dice Dreams
Roll dice and pillage your enemies
NBA D-League
Results, news, and content from the best league in the world
Giant Rush!
Grow as big as you can to destroy your enemies
Lineage M
The other sequel to NCSoft's MMO
Hunting Clash
Sharpen your aim to hunt the most impressive prey
SINoALICE
An epic story set in a dark fantasy world
Camp Defense
Defend your camp from zombies
GoreBox
Advertisement